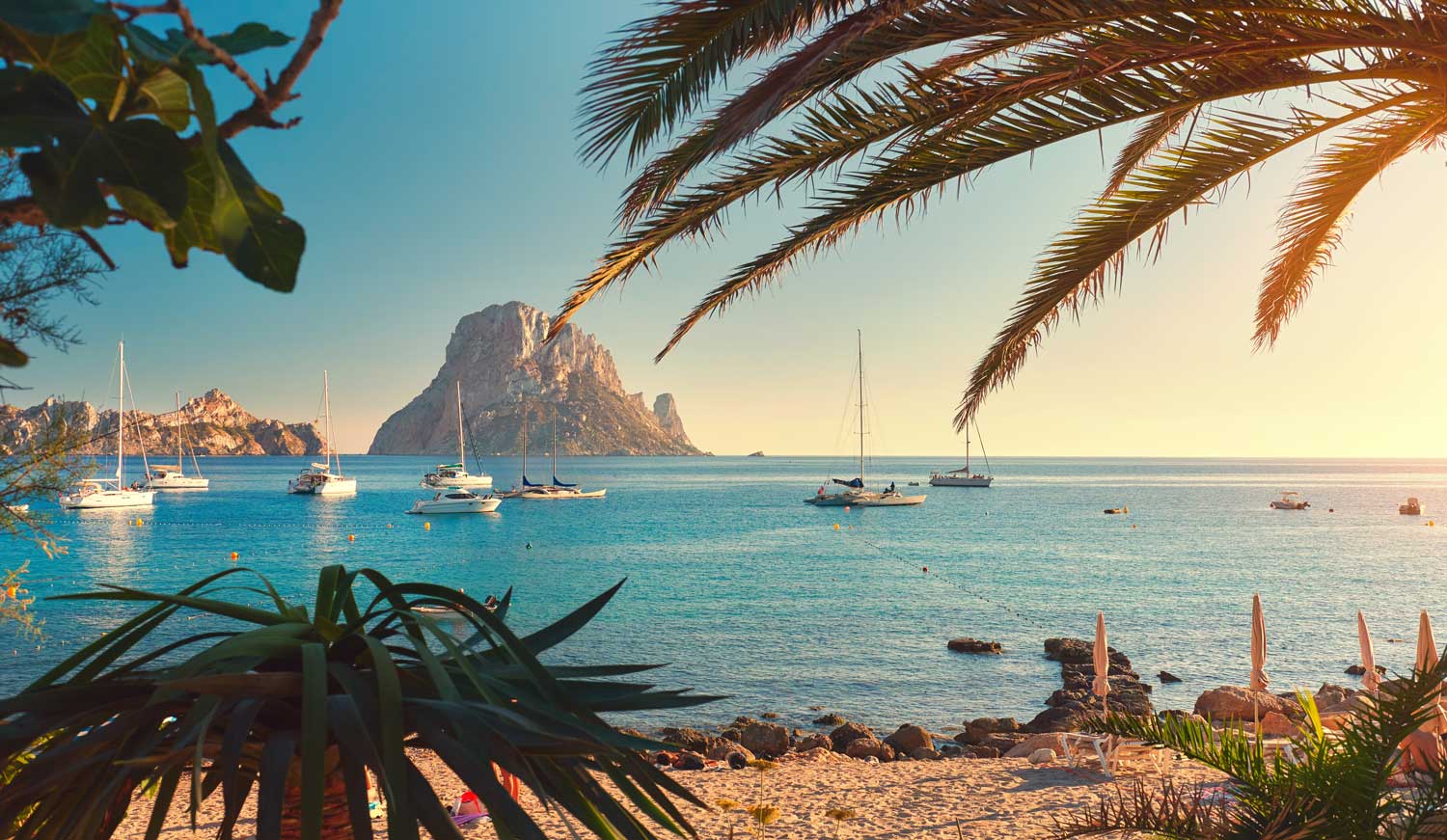 All-night raver, boho-cool hippy, blissed-out beach lover – Ibiza is all this and more to the many, many fans who have a soft spot for the Balearics’ party-hard sister. In summer the cream of the world’s DJs (David Guetta, Sven Väth, Armin van Buuren et al) descend on the island, making it the ultimate destination for clubbers. Ibiza’s modest population is swallowed whole by the seven-million-odd tourists that arrive en masse each year, and nowhere does sunset chilling or boho-glam style quite like the White Isle.

But there’s more to this sun-kissed, beach-bejewelled, pine-clad island than meets the bleary eye. Step off the beaten track for a spell in a rural hotel, a hidden hamlet, a hushed church or on a secluded north-coast cove to discover Ibiza’s surprisingly peaceful side. Or roam the ramparts of Ibiza Town’s World Heritage–listed Dalt Vila to immerse yourself in the island’s rich history and heritage.

Ibiza is the third largest of the Balearic Islands, and is about 2 hours flight time from most major European cities.

Ibiza(and the other Balearics) used to joined to mainland Spain, but rising sea levels left them as the islands known now. The history of Ibiza is punctuated by invasions from just about every European, Middle Eastern and African power you can name. Everyone had a turn, and the Islanders got used to defending themselves. Many of the towns were fortified (and still are).

The Island is probably best known as a Mecca for Clubbers. The club scene is still strong. The larger clubs manage to pack in 12,000 or more people, and Ibiza will always be the birthplace of Chillout and Ministry of Sound music. The main clubbing areas - Sant Antoni and Eivissa Town cater well for clubbers of all ages.